George Welty
I have been in the newspaper and website business for about 40 years. I am a fan of NASCAR and saltwater fishing. I graduated from Westminster High School and attended Frederick Communty College. I am a member of National Press Photographers Association, Eastern Motorsports Press Association and AP Photo Managers. I am a freelance photographer looking for a full time postion behind the camera or as a manager. I would appreciate any comments or just to let me know you stopped by, thanks! 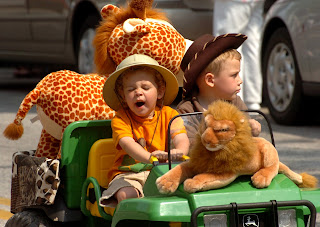 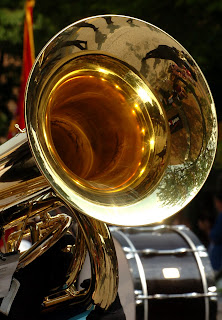 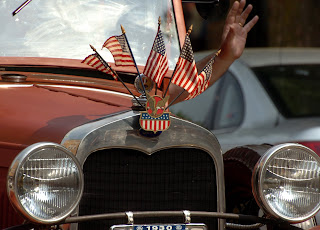 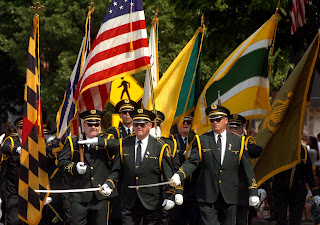 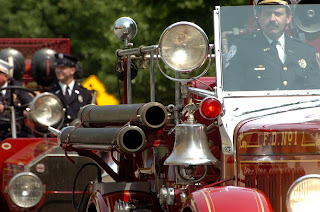 Memorial Day-the words that come to mind in Carroll County is tradition.


I have taken photographs at about 35 consecutive parades in Westminster and I have seen about 50 of the parades in the county seat.


It has been said that the Westminster parade and exercises are the oldest, continuous Memorial Day events in the country.


It was started by Mary Shellman in 1868 to honor the fallen soldiers in the Civil War. The parade marched to the Westminster Cemetery for exercises. It still does.


The crowd seems to be growing to watch the parade. It was a bigger event when I was younger, but then none of the stores were open and many members of the greatest generation were still alive.


My parents and grandmother made sure we saw the parade every year growing up.


This year I did not have to shoot for the newspaper. Usually on Memorial Day I started the day shooting in Hampstead, then drove to Westminster for the parade and exercises, followed by a small Civil War ceremony at the Ascension church and then a small get together at the County Vietnam memorial.


I only took in the parade this year. I'm sorry I did not make it to the Vietnam memorial. The gathering at the memorial is small, but usually more than half of the attendees are from the Westminster High School Class of 1971.


I could just watch this year, with no deadlines. I saw the parade diffently this year, but the same units are in the parade.


Well of course I took my camera, it is part of me.


The parade kicked off like it does every year with the Westminster Municipal Band followed by a color guard and veterans.


The Westminster and Winters Mill High School bands take part, but one band I miss is the William F. Myers Band.


There are Civil War re-enactors, scouts, fire engines and St. Johns School students. Two units that have been a part of the parade since my youth are Westminster's antique American La France engine and ladder truck. The units are from the 1920s and are no longer in active duty. They are on display in the fire departments museum.


There was a small child, possibly in his first parade that yawned and nodded off. He was cute and caught the attention of the crowd.


Posted by George Welty at 2:29 PM No comments: